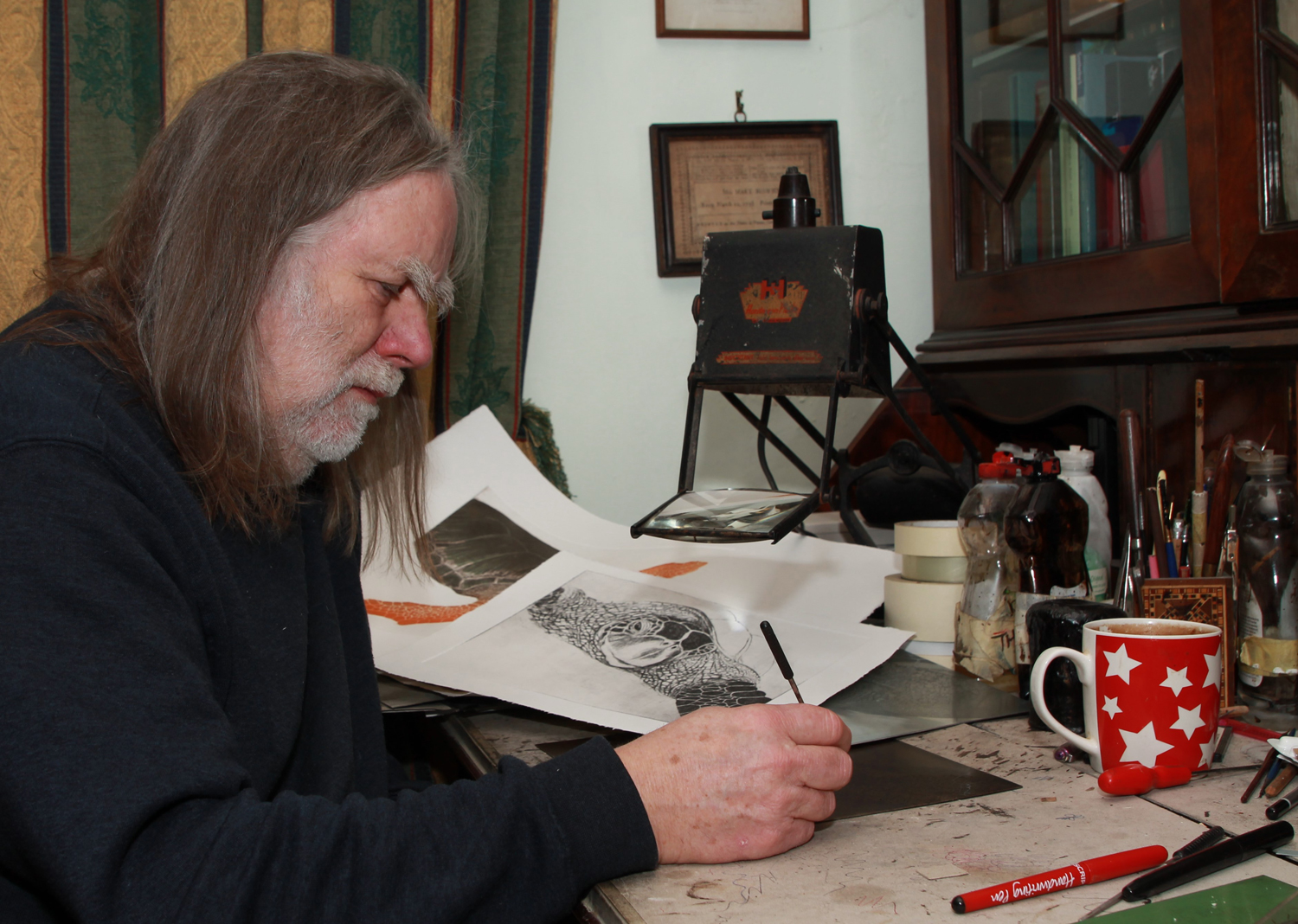 A lifelong collector of books on a multitude of subjects, he came to embrace the world of the private press relatively late. His mentor and friend, the American Leonard Baskin, could not have been more distinguished within that world, and for many formative years Bob worked alongside Baskin, absorbing the finer points of presswork, and printing for the Eremite Press.

In the eighties Bob tentatively began to publish his own books on angling, under the imprint of the Chevington Press.

He then went on to work in the burgeoning “Heritage” industry, making life size figures, animals, and backdrops for museums around the UK, and as far abroad as the Carribean, and was a founding member of Compleat Works, a scenic design and build company. Printing and publishing were on hold for a dozen years, but not forgotten, and the Chevington Press was finally reincarnated in the town and port of Goole in East Yorkshire.

The preoccupation with angling had now waned; instead, the work was driven by a desire to experiment and innovate with the technical aspects of printmaking – while a more healthy interest in history and natural history has lead to an interesting and varied body of work.