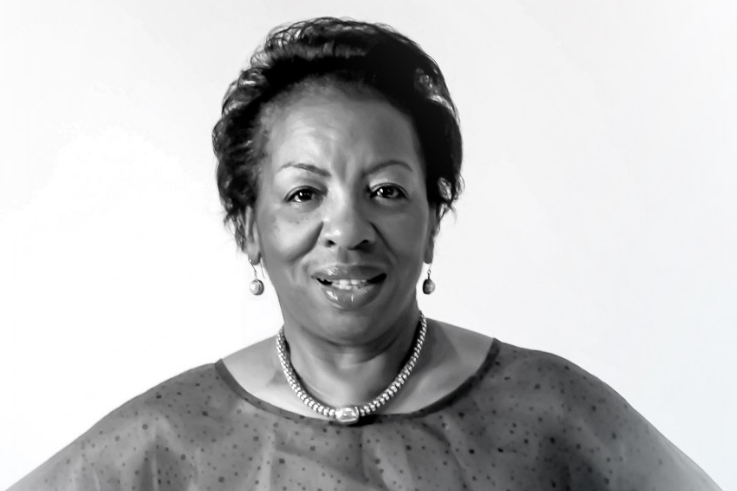 Dr. Shirley Jackson Whitaker is the seventh child of Eddie and Charlie Mae Jackson (both deceased) from Waycross, Georgia. Dr. Whitaker did all of her early educational training in Waycross and then attended Clark Atlanta University completing a BS degree in Biology where she graduated with honors. After Clark, she attended Yale University School of Medicine-Department of Public Health. This experience enabled her to work as a community health provider and educator for the Auburn community, an underserved area of Atlanta. She attended Emory University School of Medicine, obtaining her medical degree in 1979. She did her advanced medical training in Internal Medicine and Nephrology in Virginia, California and Oregon.

Dr. Whitaker had an early love for art which she has been able to weave into all aspects of her life. She was the protégé of one of America's leading artists, the late Leonard Baskin who taught her the printmaking process of etching. She was the first African-American female in the Yale Glee Club and the only African-American female in her medical school graduation class. She was one of the subjects in Carrie Weem's famous installment The Kitchen Table.

In 1993 to strengthen the African-American women of Western Massachusetts, Dr. Whitaker started a program called In Celebration of Black Women, which showcased the artistic talent and entrepreneurship of African-American women. This program attracted women from not only Massachusetts, but also from New York and New Jersey. In 1998 because of her concern about violence against women, she wrote the "Declaration Against Violence to Women" and accompanied that declaration with a powerful ink sketch depicting a woman immersed in distress. This initiative was coordinated with violence prevention programs in Springfield. To address her concerns about African-American children's academic standing in Amherst schools, Dr. Whitaker, along with others parents in the community, established a program called Academic Initiate for Maximum Success (AIMS), which increased the number of African-American students in the AP math programs to the highest in the school’s history. From AIMS, students attended MIT, Tufts, Trinity, and several other institutions of higher learning. From 2012–2015, she spearheaded Amherst High School's first African-American Achievement Night to celebrate and honor nearly 1000 students.

Because of her interest and concerns about the over 4000 African Americans who were lynched, Dr. Whitaker produced the first ever funeral service, Ashes to Ashes, April 29-30, 2016, to celebrate and remember these lives. This service has been made into a film of the same name which is being considered for an Academy Award and was featured in The New Yorker magazine in 2021. Dr. Whitaker continues to practice Nephrology in Western Massachusetts and works to make contributions to her community. She lives in Amherst, Mass. with her husband.