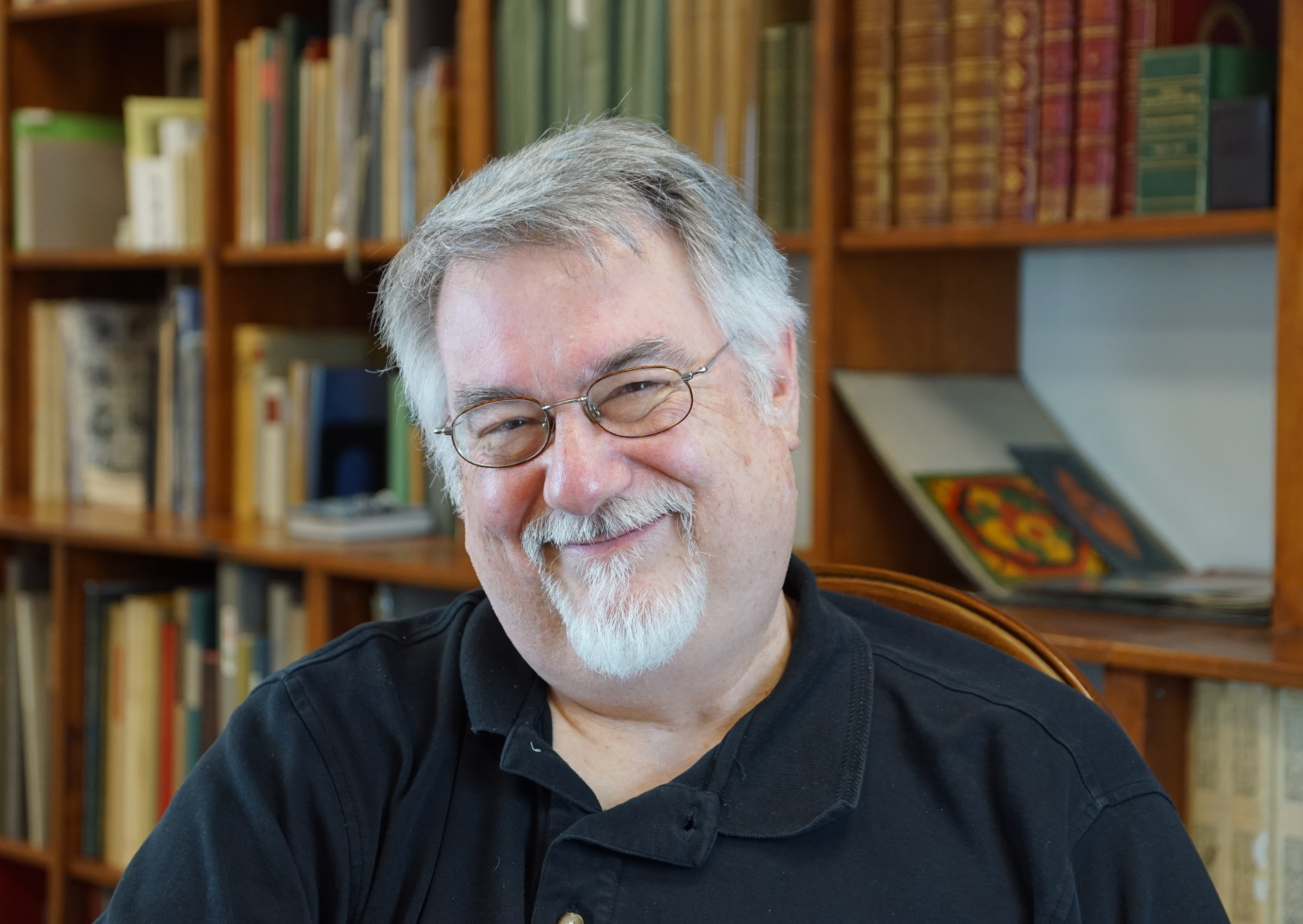 Jim Lee received a M.F.A. in printmaking from the University of Wisconsin-Madison in 1980. A draughtsman, printmaker and book artist, landscape is at the core of his work. He often begins a series with on-site drawings and other visual research, and from these develops his color reduction woodcut prints. Recent work has been based on the west coast of Ireland, Nova Scotia, Canada, and New England. He is also very interested in the people who inhabit these regions, often weaving references to their history, culture and legend into his work.

In 1978 he established Blue Moon Press, his private press, to occasionally issue limited edition books. These letterpress books develop out of his other work in various print series and sometimes publish the work of contemporary writers and poets. He designs and prints these books, which feature his original woodcuts.

His collections include: The Metropolitan Museum of Art, The National Portrait Gallery, The Getty Art Center, The Boston Athenaeum, The Wadsworth Athenaeum, The Art Institute of Chicago, The Museum of Fine Arts-Boston, The Guangdong Museum of Fine Arts-Chongqing, China, and The Philadelphia Museum of Art; the rare books and special collections departments of The Boston Public Library, The New York Public Library, Harvard University, Yale University, and University of San Francisco, among others.

He has taught printmaking, drawing and book arts at the Hartford Art School of the University of Hartford, West Hartford, CT since 1982.